Around 1970, Andy Warhol began routinely accepting commissions for portraits. That meant, according to the artist’s friend and associate Henry Geldzahler, giving “movie star” treatment to “the talented, rich and famous, as well as anyone else who could afford the $25,000 for a 40-inch-square portrait.”

Warhol continued creating these 40-inch-square paintings for the next 17 years. Almost all were constructed around the humble Polaroid photograph, a medium Warhol loved. He typically brought his subjects to his studio at 860 Broadway (later, 22 East 33rd Street) in New York, and posed them in front of a neutral background. He then quietly instructed his sitter on how best to position a shoulder, whether to turn this way or that, and where the hands should rest. Sometimes he had him or her hold props. When satisfied, Warhol pressed the shutter of his Big Shot, an odd-looking, fixed-focus portrait camera made of ridged plastic. The images were eventually transferred to acetate, upon which Warhol added the color, patterns and other flourishes that made his work among the most recognizable of the 20th century.

The Big Shot never caught on with the public—Polaroid produced it for just two short years in the early 1970s—but it was perfect for Warhol’s portrait studies. He used it to make thousands of instant images, some 150 of which are now housed at MU’s Museum of Art and Archaeology, thanks to a 2008 donation by the Andy Warhol Foundation for the Visual Arts. MU was one of 183 college and university art museums to receive Warhol photographs through the foundation’s Andy Warhol Photographic Legacy Program. 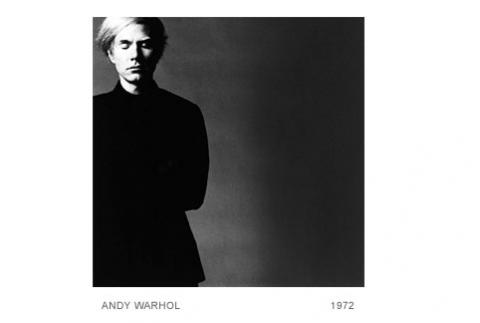