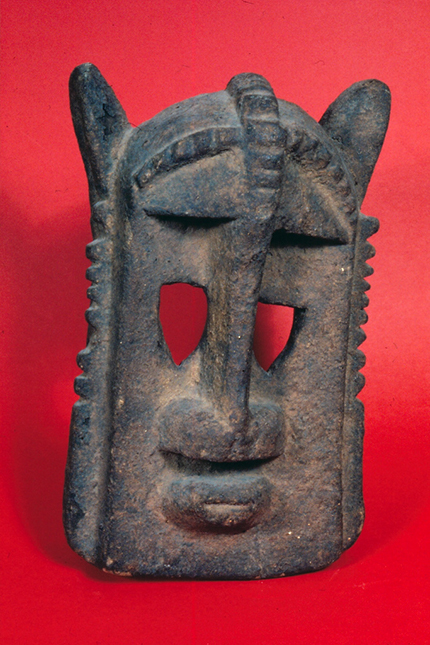 Why might a person wear a mask? When do you wear masks?

What kind of patterns or textures do you see in this mask?

In traditional Dogon society, masked dances are performed at collective funeral ceremonies where several deceased people are memorialized at once. They are also held during special six-day-long death anniversary observances known as Dama. Dama rituals are held during the dry season by a village or group of villages every few years––13 years was the traditional average. Nowadays, however, they are performed more frequently for the benefit of visitors and tourists. In such cases they have lost some of their original meaning and traditional aspects.

While some masks have clear identifying characteristics, it is often difficult to know exactly what is being represented in a particular mask once it is taken out of context––such is the case with the Museum’s mask.

Compare and contrast with Headcrest in Form of an Antelope.

Cultures all over the world use masks in rituals and ceremonies. Why do you think this might be? What different functions might masks serve?

Video of Dama from National Geographic