Portrait Bust of the Emperor Hadrian 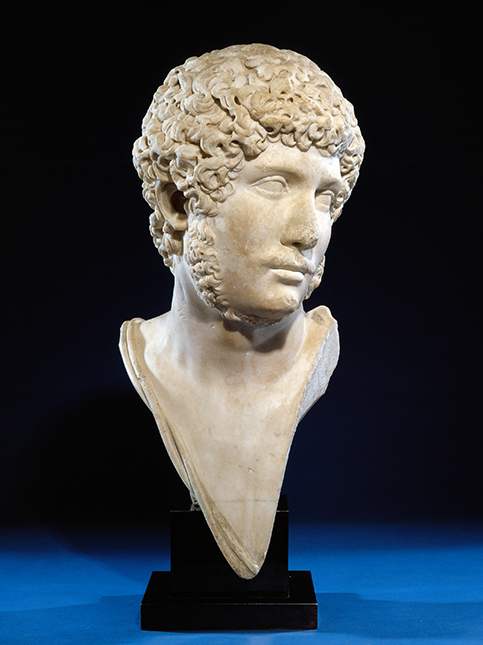 By looking at his face, could you imagine what the rest of his form would look like?

What types of textures do you see in this sculpture?

What might you be able to tell about this person by looking at him?

More than 175 portraits of the Roman emperor Hadrian, who ruled from 117-138 CE, survive from antiquity. Most fall into seven clearly recognized types, but the Museum’s portrait belongs to an eighth type that is very different from the others and has been the subject of much scholarly argument. In this type, Hadrian is depicted as a young man who turns his head to the right. His beard is the most distinctive feature. It covers the line of the jaw and extends over the upper neck; the cheeks and underside of the chin are clean shaven.

The lower part of the bust shows part of a belt that may have strapped a sword across his back, and also shows a small piece of what was probably a cloak draped over his shoulder. With these parts reconstructed, the portrait of Hadrian resembles statues of the Greek hero Diomedes. Both have the distinctive beard, the sharp turn of the head, and the soft, youthful features.

The hero Diomedes is chiefly known for his theft from Troy of the Palladium, a small cult statue of Athena. The Greeks had been warned that Troy would not fall unless the statue was taken out of the city. After the fall of Troy, the Trojan hero Aeneas escaped, eventually to found the city of Rome. Representing the emperor as Diomedes connected him to the beginnings of Rome’s empire. This portrait type perhaps marks the start of a trend in Roman portraiture where the likeness became less important than the symbolism. 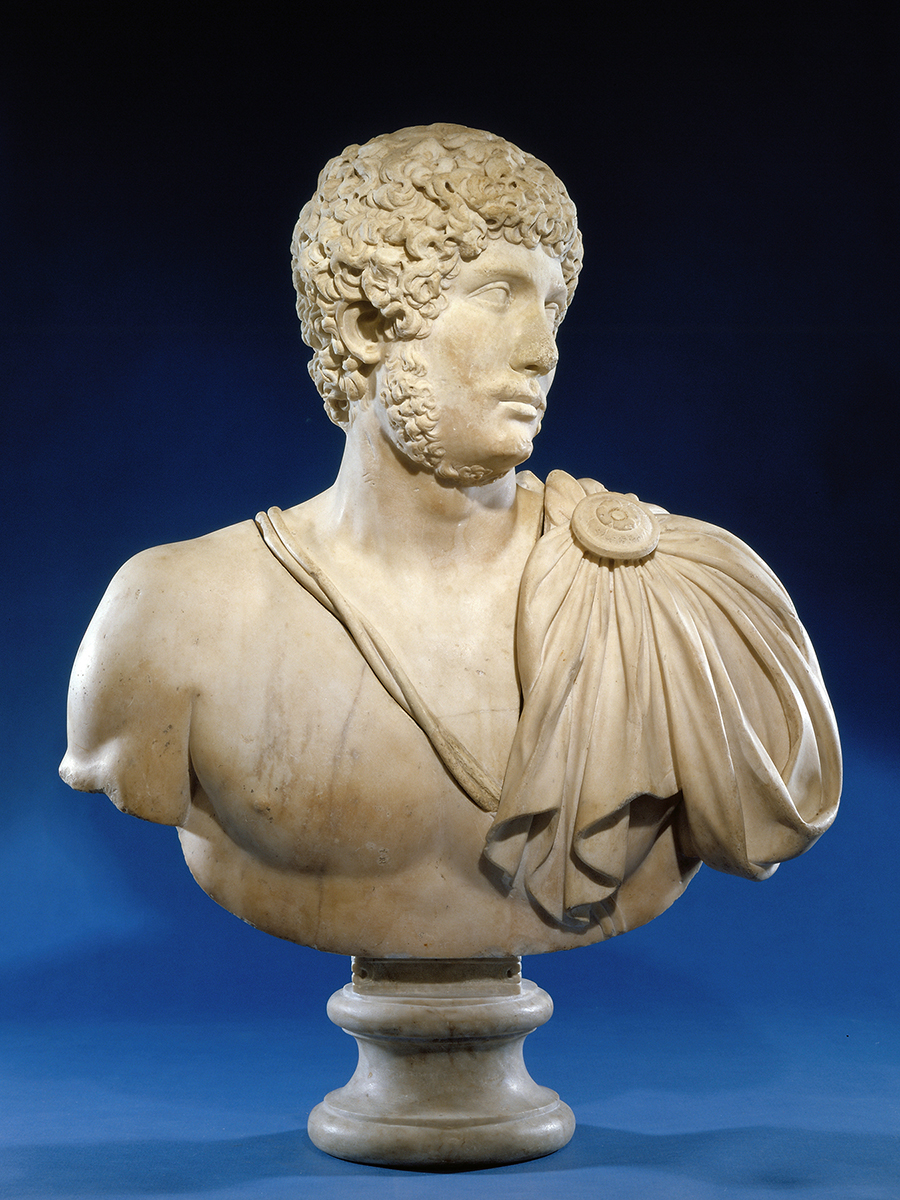 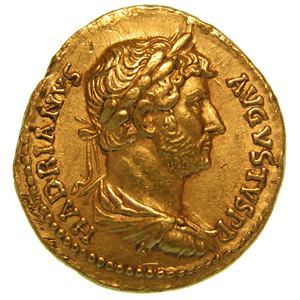