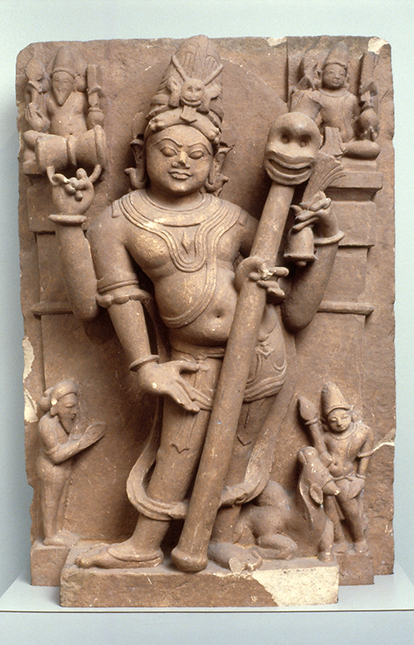 What do you think might be the relationship between the various figures on this stele?

What can you tell about the largest figure by looking at his pose and the different objects he is holding?

About The Work And Culture

Bhairava is the terrifying aspect of the Hindu god Shiva. It is Shiva’s most wrathful form. He is the ultimate in divine destruction. This monumental image manifests Shiva’s power over the material world. Here, his eyes bulge with anger; his staff is topped by a grimacing human skull; snakes curl around his ears; and his hair, with the matted locks of an ascetic, is adorned with severed human hands and another skull. The destructive power of Shiva, represented as Bhairava, illustrates the Hindu belief that creation and destruction go hand in hand.

Ultimately, we are to understand that our world is nothing but illusion. Shiva Bhairava is the destructive force that liberates us from entanglement in illusion and in so doing brings transcendent peace.

Shiva is a popular Hindu deity that has many benevolent and fearsome forms. Sometimes, he is depicted as an omniscient yogi living an ascetic life on Mount Kailash, as well as the husband of Parvati with two sons, Ganesha and Kartikeya. Other times Shiva is the Cosmic Dancer. In fierce aspects he is depicted slaying demons. Often he has a third eye on his forehead, a snake around his neck, a crescent moon in his hair, the river Ganga flowing from his hair-bun, the trishula ( a type of trident) as his weapon, and the damaru (a small two headed drum) as his instrument.

Another aspect of Shiva is Shiva Nataraja. Shiva Nataraja is the Lord of the Dance, which symbolizes eternal and cyclical nature of the universe that the regular rhythm of the dance sets in motion. 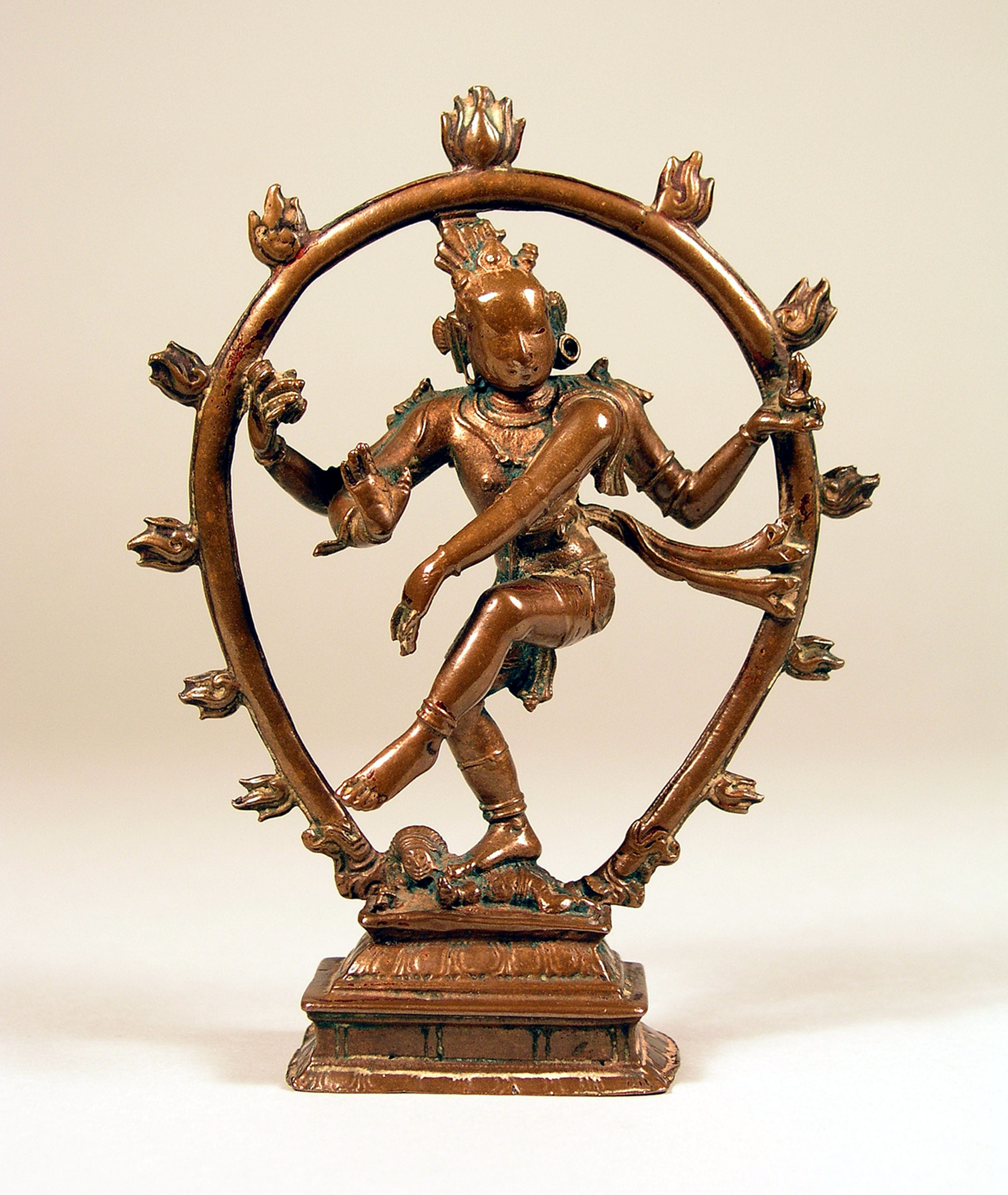 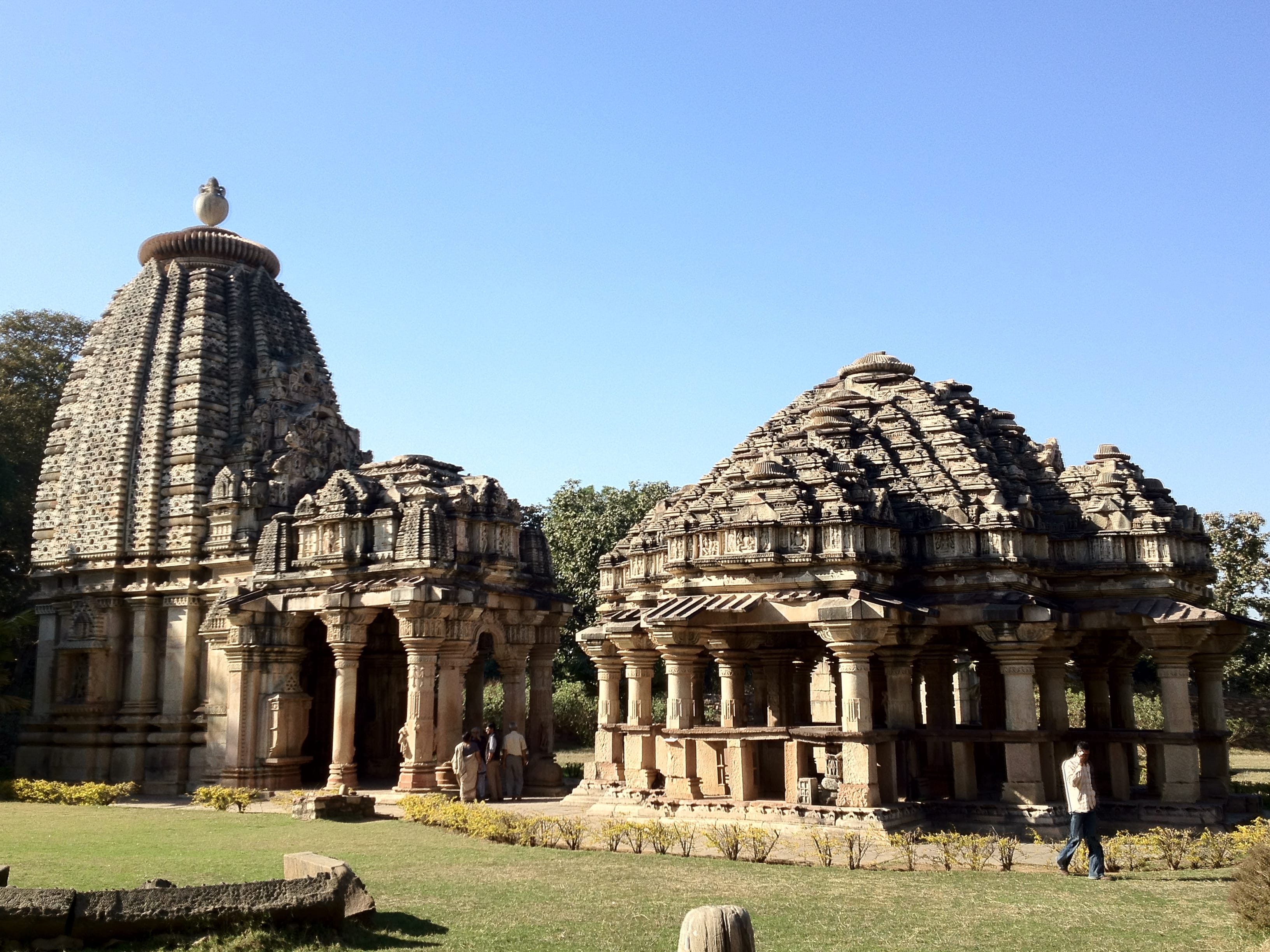