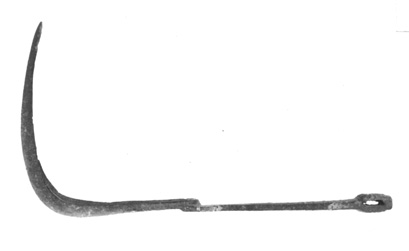 The flask, which is made of bronze, is similar in shape and use to an ancient pottery type called an aryballos. Both a flask and an aryballos would have held olive oil. The Greeks, Etruscans and Romans used these objects to help cleanse themselves, often after strenuous athletic activity in the gymnasium. In the community baths, they first drizzled the olive oil from the flask or aryballos all over their skin, then used the strigil to scrape off all the oil, sweat, and dirt from their skin. The Museum’s flask retains one link of a chain still attached to its stopper. The chain was probably much longer and may have been used to attach it to a strigil or a belt, or to hang it on a wall. The strigil has XX engraved on the inside of the handle. We do not know the meaning of this. 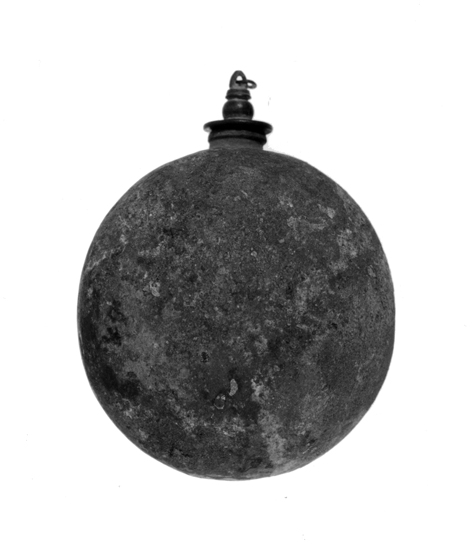 In ancient Greece and Rome, bathing was a complex process with multiple steps. The wealthy probably had the baths in their own homes, while the everyday people and slaves would attend the local bathing establishments. If the baths were large enough, men and women had separate areas. If not, men and women had separate times of the day to bathe. They soaked in pools of various temperatures; received massages; ate food; read, visited or did business. They might finish in steam rooms where they would be scraped to remove the oil, sweat, dirt and sand, depending on what activity they had participated in.

Olive oil was an important resource across the ancient Mediterranean. It was used in the baths as we would use soap, as a sunscreen or tanning oil, for medicinal purposes, in lamps with wicks for light, and was used for cooking and as an ingredient in many foods. Olive oil was transported in large jars in ships across the Mediterranean Sea and was often traded for other goods.

The Apoxyomenos is an ancient sculpture depicting a person using a strigil. What else can you tell about this person (See also Museum resource, Nudity in Art)?

What kind of tools do you use in the bath?

How do you think they might look to people in the future? 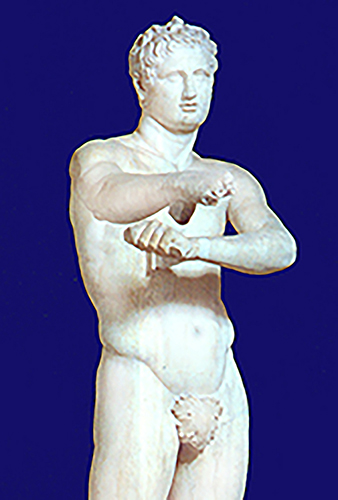 Information about the Roman baths in Bath, England: http://en.wikipedia.org/wiki/Roman_Baths_(Bath) http://www.vroma.org/~bmcmanus/baths.html