Manuel Mendive and Eduardo "Choco" Roca Salazar are two of the most celebrated Cuban artists working today. Both men benefited from the educational and cultural initiatives instituted by Fidel Castro following the 1959 Cuban Revolution and draw inspiration from their Afro-Cuban heritage. However, their distinct subject matter and divergent styles underscore the many ways revolution and race are understood on the island today.

Castro declared 1961 the "Year of Education" and established an enormously successful campaign for universal literacy. Mendive and Choco were members of the first generation of artists educated in the newly nationalized school system. Mendive grew up in a Havana neighborhood populated with dock, railroad, and factory workers, while Choco was born into a family of agricultural workers in Santiago de Cuba. The talent both men showed enabled them to enroll in and graduate from prestigious art programs in 1963 and 1970, respectively.

As Afro-Cuban artists, Mendive and Choco inherited a rich tradition that has been celebrated as the heart of Cuban national identity for over a century. In the 1920s and 30s, a desire for a native definition of "Cubanness" and the international vogue for “the primitive” led Cuban intellectuals and artists to embrace Afro-Cuban folk cultures. The Revolutionary government continued this celebration and has used it to encourage tourism to the island in recent years. While these artistic and political movements helped install the ideal of mestizaje (racial and cultural mixing) as authentically Cuban, discrimination still remains in virtually all areas of Cuban life.

Although members of the same generation, Mendive and Choco respond to the Revolution and their Afro-Cuban heritage uniquely. Mendive's paintings, predicated on his religious beliefs and practices, visualize Yoruba orishas (spirits), their sacred stories, and the mythological world they inhabit. Choco's collagraphs present abstracted figures composed from the detritus of Cuba's consumer culture. They express universal human themes through the lens of the artist's personal experience and everyday Cuban life. 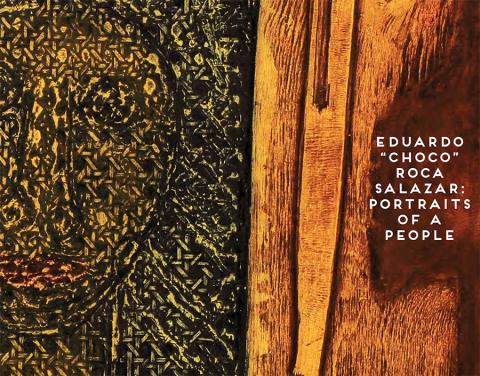 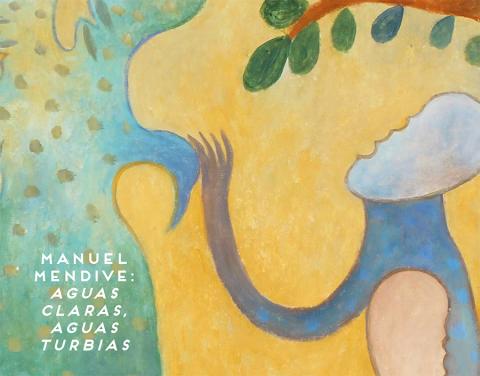 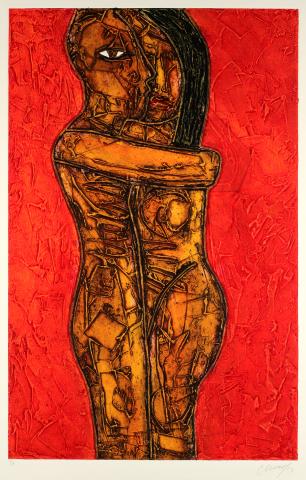