The Romance of Ruins

The Graeco-Roman world left behind a vast, artistic legacy that would inspire artists and architects for centuries. Classical nostalgia fueled numerous succeeding movements, and many artists were increasingly inspired to create works based on ruins. The taste for romantic decay would become a mark of the aesthete, and images of ruins abounded in a myriad of media. This online exhibition explores various themes encompassed by images of ruins from the eighteenth to the early twentieth centuries. 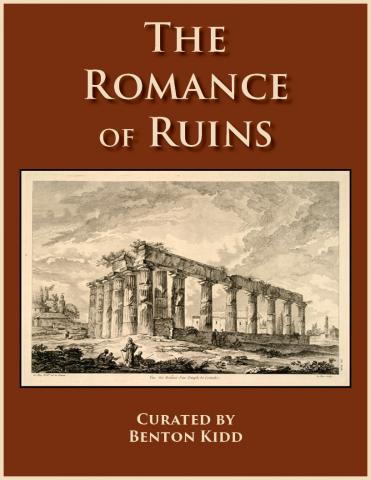