What story do you think is being told in this painting?

How might you describe the style of this painting?

If you were going to paint images to hang on either side of this painting, what kind of imagery might you include?

This painting is a good example of naturalism and church decoration from the High Renaissance period. This painting was originally the central panel of a multi-paneled work of art called a polyptych. It served as a church decoration behind the altar in Cremona, Italy. The polyptych was later taken apart and the panels were sold separately. The Museum of Art and Archaeology was given this painting by the Kress Foundation, and later purchased two of the other panels that originally accompanied it. The other panels are in museums in Oxford, England and in Algeria. See the supplementary image for a reconstruction with all of the panels shown together. The painting shown here depicts Mary and her baby, Jesus, the central figure of the Christian faith. During the Renaissance, painters showed more interest in creating realistic art. One of the tricks the artist used in this painting to make it look more real is mathematical perspective. The architectural lines of the tile floor and the arched vaulted ceiling converge at a single point located on the Madonna’s chest and create an optical illusion that makes it seem as if the flat surface of the canvas actually recedes into the distance.

Altobello Melone was an Italian Renaissance painter from Cremona in northern Italy. He was a student of an important Renaissance painter, Romanino. They both painted primarily frescoes, or wall paintings, in churches and altarpieces like this one. 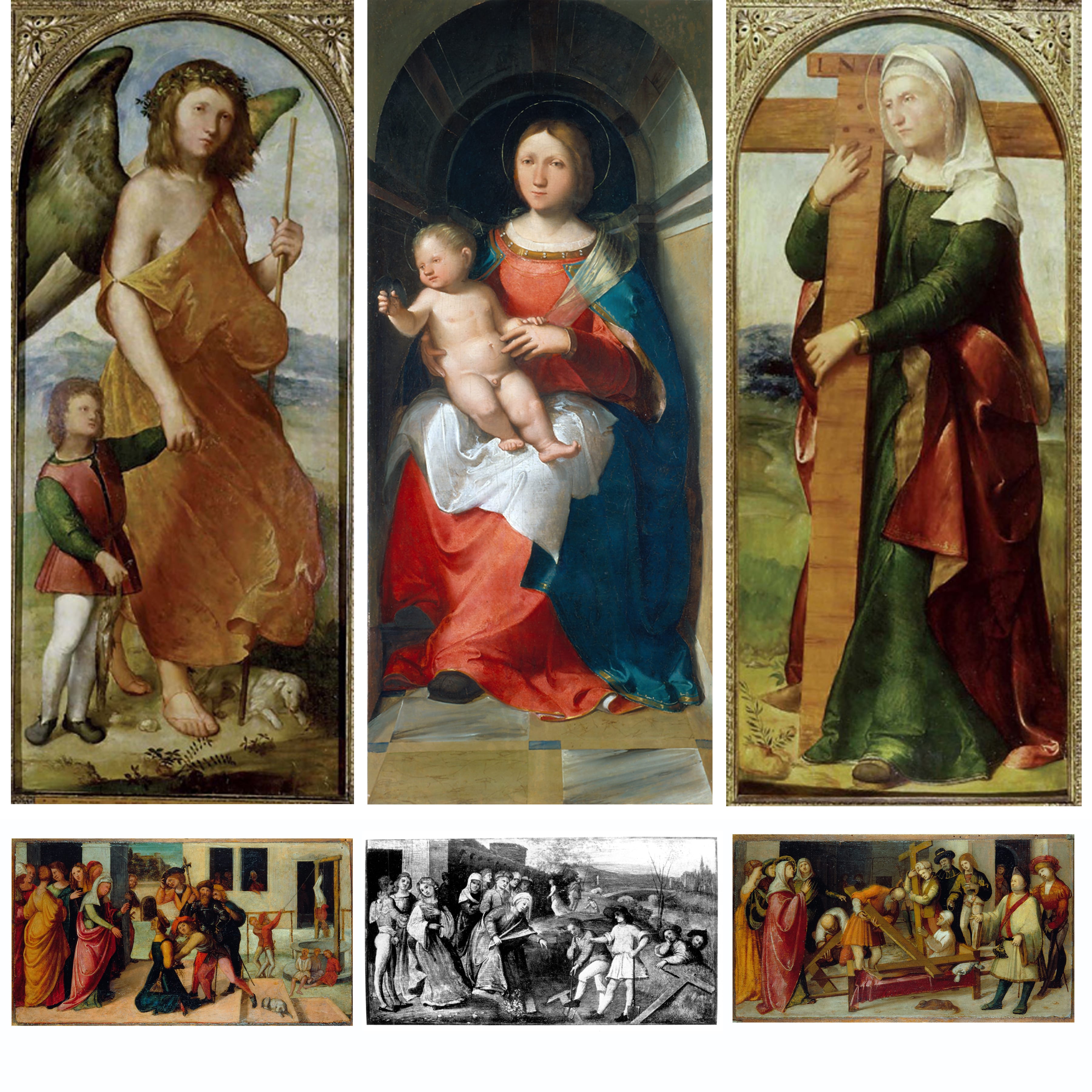 Compare and contrast with other works that have religious subjects, particularly the Model Shrine with its female religious figure, and Abraham's Sacrifice of Isaac.

Perspective and Melone's Madonna and Child

Painting the Life of Christ in Medieval and Renaissance Italy, Metropolitan Museum of Art: http://www.metmuseum.org/toah/hd/chri/hd_chri.htm